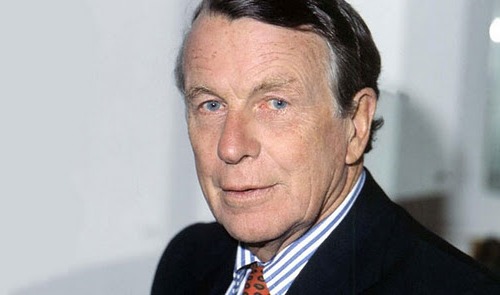 Quick Analysis from a Sage of the Mad Men Era

David Ogilvy is an advertising genius. If there was to be a Mount Rushmore of Ad Men, his legacy would leave him firmly etched among the greats. The man is responsible for growing iconic brands such as Rolls Royce, Guinness and Dove, but that’s not all: it has been rumored that the hit television series Mad Men was inspired by his book, “Confessions of an Advertising Man.” I mean, he started an ad agency with $60,000 and sold it for almost $900 million in a hostile takeover from WPP.

*This article explores predictions 8 – 13. For the first half of our Ogilvy analysis, please read Part I here.

Political advertising is ideologically bankrupt, but economically, the well is overflowing. The Television Bureau of Advertising, a trade group for local broadcasters, claims that “We Get Local Voters” in an attempt to entice political dollars to spend on local broadcast (news). If we’re strictly talking money, this is smart. According to Wall Street analyst Marci Ryvicker, over 50% of all political spending will be spent on local broadcasts in 2018. That is a massive windfall for local station ownership groups, expected to be $2 billion in this cycle!

This influx of “free money” from political campaigns creates huge issues for the consistent local advertisers who are often pre-empted, media reps who suffer (commissionable) billing losses, but most importantly the viewers who, amid the saturated slime-throwing, might consider a root canal over watching another political ad.

The irony is that any “solution” in the form of legislation must come from the perpetrators themselves. Classic “inmates running the prison” scenario.  Here is where we come full circle in this vicious cycle. Resolving this issue will take a grass-roots effort. Political ads should be mundane PSA’s, limited to 10-15 seconds, allowing just enough time to promote a name and a website. On their “FEC approved site”, they can inform, educate, or “slime” as they wish.

Prediction 9
The quality and efficiency of advertising overseas will continue to improve – at an accelerating rate.  More foreign tortoises will overtake the American hare.

While not all of Ogilvy’s predictions ring true today, he did seem to be keenly aware of the industry’s eventual shift to a more interconnected, global arena. Many modern advertising practices were created and developed here in the United States, but the last three decades have shown that the rest of the world is catching up. Foreign agencies from Asia, Europe and South America continue to earn more and more prestigious industry awards, and none of the top holding groups are without a significant international presence on their agency list.

Prediction 10
Several foreign agencies will open offices in the United States and will prosper.

Considering the digital and borderless exchange of goods, services and information in today’s world, the success of foreign agencies within the United States may have seemed inevitable. But it’s important to remember that Ogilvy made this prediction long before the dawn of search engine optimization and social media. Now, three of the five largest agencies in the world (Dentsu [JP], Publicis [FR], and WPP Group [UK]) are headquartered outside of the US yet maintain a significant presence in this country.

Prediction 11
Multinational manufacturers will increase their market-shares all over the Non-Communist world and will market more of their brands internationally. The advertising campaigns for these brands will emanate from the headquarters of multinational agencies but will be adapted to respect differences in local culture.

As modern brands continue to grow larger and maneuver through international markets, it’s now a requirement to advertise effectively on both a global and local level. Distinctly domestic brands like Levi’s blue jeans now do as much as half of their overall business overseas in Europe. Apple, Exxon Mobile, GM and Ford – American manufacturing titans – all employ multinational or foreign-based advertising agencies. This shift to a more global approach has done a lot to make the world seem smaller, in part because of the skill with which these agencies have introduced domestic products into foreign markets.

Prediction 12
Direct-response advertising will cease to be a separate specialty and will be folded into the “general” agencies.

Is it made up of those search engine and pay-per-click campaigns? Is it digital advertising as a whole, since they can – theoretically – evaluate the online ecosystem and attribute sales?   Direct mail still in the mix?

Or do we think more along the lines of those who manufacture, promote and distribute their products from start to finish? Think of Spectrum Brands with the George Foreman Grill, or Joseph Pedott and the iconic Chia Pet.

In the case of digital specialties, what started as niche providers are now table stakes offerings for the “general” agencies, whether it be white-labeled services or in-house teams. In this sense, Ogilvy would have been correct.

But more traditionally we think about the “direct response” agency with a formula for the creative and media planning that should guarantee some sort of ROI, but they don’t make the product. We still believe many agencies either don’t want to work with “direct response brands,” as it restricts creative effectiveness and latitude.  There is a “formula,” and “creatives” don’t like formulas.

Prediction 13
Ways will be found to produce effective television commercials at a more sensible cost.

Ogilvy was absolutely 100% correct with this one. I asked our production partner, Sarah Strnad of Outpost Productions to help explain.

“For the local advertiser, shooting in 4K when the technology first came out would have been cost prohibitive. Now, although there are variations in capabilities for the many camera options, the local marketer can affordably get high quality video Ogilvy couldn’t have even imagined 30 years ago.”

More importantly, the emphasis on “content,” has demanded fast turnarounds for video production necessary to promote in “real-time” on a multi-channel level.  This has created issues for larger agencies, but huge opportunities for producers and solopreneurs who can deliver high quality video content at a moment’s notice, on a shoestring budget.

It’s easy to look back now and be critical of Ogilvy’s predictions with the benefit of 35 years. So much has changed in that time, and it would have been impossible for anyone to predict the rapid change in our society, especially the widespread effects our transition to the digital age.

What’s most impressive about this collection of hypotheses is not how many were right and how many were wrong. It’s how clearly we can see – 35 years later – that David Ogilvy was a forward-thinker, capable of big ideas, and not afraid to step outside the box.  If there was one thing that is certain, it’s that we cannot predict the future, only be prepared for what inevitably will come next.